X-Men: Pryde of the X-Men

Welcome. This is Stan Lee of Marvel Comics, warning you to look around you.Jul. 01, 1989United States22 Min.
Your rating: 0
6 1 vote
ActionAnimationTV Movie

Pryde of the X-Men was a short-lived series about the X-Men, with the main character being Kitty Pryde (whose alias is Shadow Cat, though she never becomes Shadow Cat in the series), which is why the series is titled Pryde of the X-Men. The show was produced by Marvel Productions and Sunbow Productions, who made a pilot for NBC. The pilot aired, but for unknown reasons, it was never turned into a full-blown series. Despite it not becoming a full series, the pilot has aired in syndication, and was later released on video. 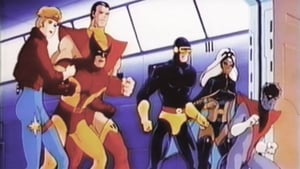