An Even Bigger Surprise

Lt. Casey gets off on the wrong foot with Sam Mullins, a temporary Chief who is filling in for Boden at House 51 for the morning. When Casey later makes a risky move in an attempt to save a distraught man from jumping off a building, Mullins has a surprise that Casey does not expect. Mouch flies in Cruz’s brother Leon as a birthday surprise, but the rest of the squad struggles to keep it a secret. Meanwhile, Brett is caught off guard when she learns new information about her hometown friend Hope. 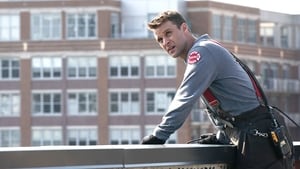